There is no such thing as a fear of heights. Anyone suffering from it can tell you it doesn’t exist. The fear is real, absolutely, but it isn’t a fear of high places; it’s a fear of falling from them.

Last summer I stood at the highest point of a most likely unimpressive cliff and stared down at the little pool of water I was meant to aim for. No way was I going to hit that bullseye the way everyone else seemed to. Not me. I would be the one person who tripped on a rock while leaping and fell headlong into the cliff face. I fully expected to get beaten to a bloody pulp by rocks and shrubs on the way down. I stood there far too long convincing myself of the inevitability of it.

I felt the same way over the last several weeks or so, standing at the edge of another cliff: publishing. The fear of falling is just so intense. I often feel like a complete coward. (Jas had to get it from somewhere, right?) 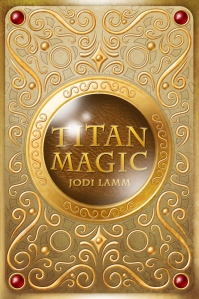 I didn’t jump off that literal cliff last summer. I backed away and gave up. I slid off the waterfall instead, which was awesome, by the way. But the new cliff—the one that has terrified me for years—I just hurled myself over the edge.

I finally listed Titan Magic for sale at Amazon, and I’m working on getting it up at Barns & Noble, too. You can read the first chapter here, and decide whether you want to find out what happens next.

I hope you do.

Also, The Other Lamm wants me to assure you that the waterfall pictured above is only a tiny fraction of the one I actually slid from. I was shaking too much to get a picture of the big one. Just so you know.

4 responses to “Fear of Falling”