Real Vampires Get Knocked Down, but They Get Up Again (You’re Never Gonna Keep Them Down) 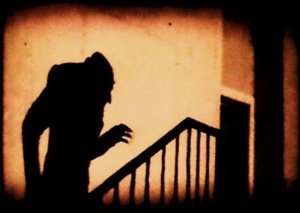 I’ve been thinking a lot about vampires. This may have something to do with the fact that I’m watching the first three seasons of Buffy the Vampire Slayer (I’d only ever seen from season four on), or it may be that I’m feeling the temporary loss of True Blood (it’s gotten to be a kind of family tradition ’round here). Whatever the reason, I’ve realized something has been bothering me about modern vampires.

I know vampires are folkloric creatures, and it’s kind of ridiculous to grumble over what is and isn’t supposed to happen with “real vampires” (I actually heard that phrase blurted outside the theater after a showing of Blade). I’m probably one of the only people who didn’t love Twilight and yet wasn’t bothered by the sparklepires… vamparkles? I actually thought it was kind of cool that Stephenie Meyer made her version of the undead into a kind of on-land Anglerfish. That’s not sarcasm; I truly thought it was awesome. Anglerfish are scary as hell.

But there’s one common change that actually does bother me, and that’s due to my preference for the old idea that a wooden stake through the heart is not supposed to kill a vampire. I’ll say that again, in case you missed it. A stake through the heart should not kill a vampire. You don’t shoot a toothpick at them and have them melt into a pile of guts. You don’t drop them onto a fence post and have them explode into ashes. It’s not that simple. The stake is only there to hold them down. Remove the stake, and the vampire gets back up and kills your stupid ass.

You may say I’m splitting hairs about this, but let me make a case for it.

There’s one very important thing I love about vampires: they’re the commingled representation of sex and death.

Vampires traditionally seduce and corrupt young “virgins” by exchanging um… fluids with them. And if you don’t think that’s a representation of sexuality, try to remember the last time you heard an on-screen vampire victim scream the way you might if your date suddenly stabbed you in the neck with two pencils. Close your eyes and just imagine it for a second. Two pencils. Getting stabbed into your neck. You’d howl like someone was holding your hand to a red-hot stovetop. You wouldn’t make slight-discomfort-plus-pleasure noises while you were getting bitten. I promise.

But vampires also represent a part of our existence we don’t particularly like to think about: death. And not the lacy, quiet, romantic death you read about in poems. I mean the kind of death you see when you find a dead animal in the road—a shriveled thing that used to be full of movement and thought and decision. You can’t just kill a vampire; it’s already dead. It is death in the flesh—undeath, in other words. All you can do is incapacitate it by tearing it apart.

So all the religious, holy-water, scared-of-crosses nonsense aside, vampires are a folkloric symbol of the ultimate creative act and the ultimate destructive force existing in the same body. They’re the walking, talking circle of life. That’s why it’s important to me that a vampire sleep in its coffin during the day. And when you drive a stake through its heart, you do it so the unholy monster doesn’t get up and kill you while you’re decapitating it.

Our folklore is there to remind us of every aspect of our lives, even those we don’t like to think about. I don’t think a representation of death should be romantic or convenient. It should be terrible, like opening a coffin, finding a corpse, and driving a stake through the heart of someone you loved so they stay dead.

What do you think?

3 responses to “Real Vampires Get Knocked Down, but They Get Up Again (You’re Never Gonna Keep Them Down)”